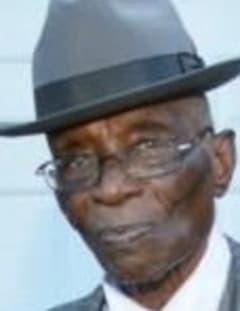 Funeral services will be held at 3:00 PM, Sunday September 1, 2019 at Oconee Baptist Church, Stephens, GA with interment in the church cemetery. Public viewing, Saturday 12-7 PM, at the funeral home.

May our Lord and Savior continue to bless and strengthen you all,I love you all your cousin Rita Colbert
- na
Praying that our Lord will continue to strengthen you all, with all my love your cousin Rita Colbert
- na
lou he is with his loved ones at home in glory,he knows you miss him, be encouraged that he is alright know. love you all your cousin Deacon samuel burgess
- na
Our staff will continue to keep your family in our prayers. We thank you for allowing us to serve your family.
- Jackson-McWhorter Funeral Home