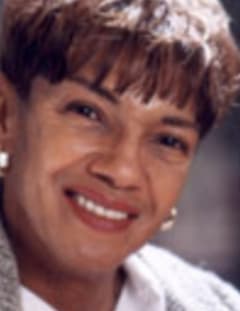 Bettye Moore Stroud, 82 passed into the arms of Jesus peacefully at home surrounded by loved ones on July 27, 2020 and was preceded in death by her husband, Howard B. Stroud, Sr., her sister, Deloris Moore Felton, her brother Robert L. Moore and is survived by her children, Howard B. Stroud, Jr. (Sharon ) and Kesha Stroud; four grandchildren, Candace Ford, Lawrence Ford, III, Nicholas Padgett, Jabbar Stroud; three great-grandchildren, Chase Browner, Tyler Ford, Cannon Curry; sisters, Yvonne A. Holt, Macon, GA, Pamela A. Simmons, Southfield, MI; brother, William P. Moore, Athens, GA; special friends, Aurelia Scott, Mary Horton, Cordelia Allen, Joyce Brightwell and a host of nieces, nephews, cousins, friends, associates, well-wishers, admirers and fans.
Bettye was born July 17, 1938 to Robert and Lula Moore in Athens, GA. Bettye's mother passed away at a young age and Bettye's father allowed Bettye to be taken care of by George and Maggie Kinney, who raised her in a loving Christian environment. Bettye always spoke elaborately about how special her aunt and uncle were to her and would tell stories of how Uncle George built his own church from the ground and pastored this church. Bettye always remembered how Uncle George worked as a farmer and saved money for her to attend college. Bettye credits her Aunt Maggie as a loving, patient, kind and special woman who was a role model and guiding light for her.
Bettye received her education at Jeruel Academy/Union Baptist Institute 1956, Fort Valley State University, B.S. (English and library science), 1960; University of Georgia, M.Ed., 1972, Ed.S. (library media specialist), 1974.
Bettye worked as a library media specialist for Winder Middle Grade Schools, Winder, GA from 1960-72 and Barnett Shoals Elementary School in Athens, Georgia from 1972-92 before beginning her second career as a children's book author. Dedicated to inspiring an interest in reading among very young children throughout both her careers, Bettye authored several picture books that featured inspiring stories geared toward African American children. In addition to picture books, such as "Down Home at Miss Dessa's," "The Leaving," and "The Patchwork Path: A Quilt Map to Freedom." Bettye authored "A Personal Tour of Tuskegee Institute," a nonfiction work profiling the school established in Alabama by Booker T. Washington and has edited the poetry collection "The World's Wide Open."
Bettye has also served at the University of Georgia, Athens, lecturer in writing for children. Georgia Student Media Festivals, judge; Georgia Children's Book Awards, member of selection committee, 1985; Georgia Department of Education, member of instructional television panel, 1985; Georgia Library Association, member of committee for standards, 1986; Georgia Library Media Association, state president elect, 1989, Georgia Teacher Education Council, 1981-86, and President's White House Conference on Libraries, 1985.
Bettye was a member of the International Reading Association, Travel Writers International Network, National Education Association, Society of Children's Book Writers, and Illustrators (contact person and workshop presenter), Cassell Network of Writers, Four at Five Writers, Georgia Association of Educators, Library Board of Athens-Clarke County, Delta Kappa Gamma and Zeta Phi Beta Sorority, Inc.
Bettye received many honors and awards, including the Sandhills Writers Workshop honor, 1994, for Keep Running, Lizzie; grants from Southeastern Advocates of Literature for Children, 1984, and Georgia Council for the Arts, 1995; University of Chicago Classic Children's Book selection, 1996, for "Down Home at Miss Dessa's;" Oppenheim Toy Portfolio Gold Award, 2004, for "The Patchwork Path."
Bettye was also a contributor of articles and book reviews to Country America, Multicultural Review, Athens magazine, Georgia Journal, and Multicultural Resource Guide.
Public viewing will be held from 12-6 PM, Saturday, August 1, 2020 at Jackson-McWhorter Funeral Home, 1253 West Broad Street, Athens, GA 30606.
A Celebration of Life Memorial will be held at the residence of Howard & Sharon Stroud, 201 Claystone Woods Drive, Athens, Ga. 30606 on Saturday August 1, 2020 from 7p.m. to 9p.m. Please drive thru and share your condolences in remembrance of Mrs. Bettye M. Stroud.
A private funeral service will be held at a later date.
In lieu of flowers, memorial donations may be contributed to: The Athens Community Council on Aging, 135 Hoyt Street, Athens, GA 30601 or online at www.accaging.org
Arrangements by Jackson-McWhorter Funeral Home. Share condolences online at www.jacksonmcwhorterfuneralhome.com

Bettye was a very special person, talented, kind, beautiful. I first met her I believe, at a writers workshop about marketing articles, and followed her career -- attending book signings, editing her articles for Georgia Journal, and watching her succeed at this second vocation after being a library specialist.. She felt there was a dearth of children's literature telling the story of African American history and culture, and did her best to fill it. She was a treasure. If I wasn't "high risk sheltering in place" I'd have been there this afternoon. I'm sorry for your loss, and the loss to the Athens community..Conolyi Hester
- Conoly Hester
Bettye was a member of the 4@5 Writer's group, as was I. We spent many memorable hours reading and critiquing our manuscripts. All of of us were published, thanks in part to Bettye's insightful help. I thought she was one of the classiest women I had ever met. You did well, Bettye. It was a pleasure to have met and worked with you. With gratitude and love--Wanda Langley
We are so sorry for your loss. Our thoughts and prayers are with you. I wish you healing and peace. Tina Jones and Family
- Tina Jones
Our staff will continue to keep your family in our prayers. We thank you for allowing us to serve your family.
- Jackson-McWhorter Funeral Home | Athens, GA