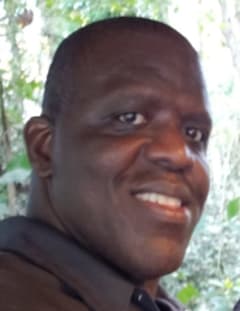 Cedric played high school football and was a 1994 graduate of Cedar Shoals High School. Thereafter, he attended University of Tennessee at Chattanooga until transferring to University of Georgia where he made the Dean's List several semesters before earning his Bachelor's of Business in Accounting in May of 2000.

He worked with the Inter-Community Council under the leadership of Geraldine Clarke. Having an entrepreneurial spirit, he started his own business, Back2Klean Mobile Detailing. He had a gift and a passion for detailing cars. He also coached recreational youth football with the Athens Youth Academy.

A funeral service will be held at 2:00 PM, Saturday, February 13, 2021 at the Graveside of Evergreen Memorial Park Cemetery. Public viewing will be held on Friday 2-6 PM, at the funeral home.

Thinking of you and your family at this sad time. Praying for you all . sherry Watson
- SHERRY WATSON

My prayers go out to the Fears family.
Diana, our sympathy to you and your family at this grievous time. Please be assured of our care; praying for you all. DeWitt & Emily
- DeWitt & Emily Smith
Our staff will continue to keep your family in our prayers. We thank you for allowing us to serve your family.
- Jackson-McWhorter Funeral Home | Athens, GA