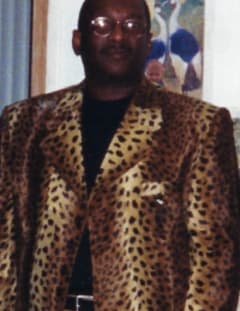 He moved to Georgia in 2004 where he later married Betty Carr. He lived in Athens, GA until his death. Michael loved his Motown music, his dog, dancing and watching movies.  He was a people person who everyone loved and was a truck driver for many years. He will be deeply missed by everyone who knew him.

Preceded in death by: his wife, Betty; his parents, Carol and Hank; his son, Michael; and his brother, Edward.

Survived by: Four sisters, Debra, Juanita, Shawna and Sharisse; three nephews, Jamar, JaJuan, and Lamar; four nieces, Amber, Tiana, Sierra and LaRee and a host of other family and friends.

Due to the current Covid pandemic, funeral services have not been planned.

Floral tributes are not being accepted at this time.

I miss you Bro 💔
- Debra Sims
Our staff will continue to keep your family in our prayers. We thank you for allowing us to serve your family.
- Jackson-McWhorter Funeral Home | Athens, GA