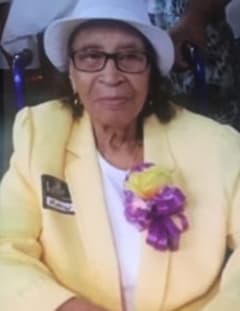 We offer our sincere condolences to this lovely family Rochelle Meadows Skelton
- na
Our staff will continue to keep your family in our prayers. We thank you for allowing us to serve your family.
- Jackson-McWhorter Funeral Home