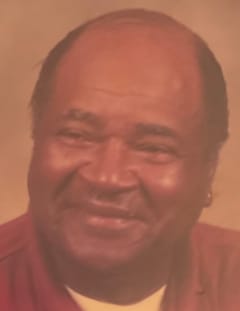 He served his country during the Korean Conflict as a soldier in the United States Army, meriting him the Purple Heart, awarded to soldiers wounded in battle. Upon his return to civilian life, he worked as a brick mason for the Department of Transportation. He served as an officer with the Commerce Police Department and ended his work career as a mechanic with Kendle in Athens, Georgia.

Willie joined Mt. Calvary Missionary Church at an early age and remained a steadfast member until his health declined. He formerly served on the treasury board and served on the deacon board for more than 50 years.

Willie loved rabbits. It’s believed that was his motive for learning to hunt. He also loved to garden, whereas he spent many hours sitting under a spreading pecan tree with his good friends as they watched him weed his tomato plants.